In the past, the purple was a coveted color used to denote wealth and power. This is because until it became artificially manufactured, its production was a lengthy and laborious task. It was produced from the mucous of marine snails that lived around the Phoenician cities of Tyre and Sidon (now in Lebanon), giving this expensive dye its name: Tyrian purple. It took as many as 250,000 snails to yield just one ounce of usable dye. By the third century BC, Tyrian purple was worth more than gold, and it became the color of kings, emperors and priests across the Mediterranean – from Israelite priests to Roman emperors and Byzantine rulers. It was considered so regal and holy that various laws prohibited lower classes from wearing it. As always in design, supply and demand generate desire and prestige. The status of the color purple was completely altered in 1856, when the English chemist William Henry Perkin accidentally discovered a way to artificially synthesise a bright purple dye. Today, purple is associated with two contradictory arenas: On one hand, it is the color of faith and piety, worn for example by Roman Catholic and Anglican bishops; on the other hand, it is strongly identified with mass-market beauty products and cosmetics, ranging from cheap nail polish and perfume bottles to fake eyelashes and powder brushes. This project is the second installment of Naama Agassi’s “Artificial Regality” series, which examines the changing status of colors. The objects in this project echo shapes such as the Roman imperial helmet, Christian thurible (used to burn incense for worship) and modern-day perfume bottles. 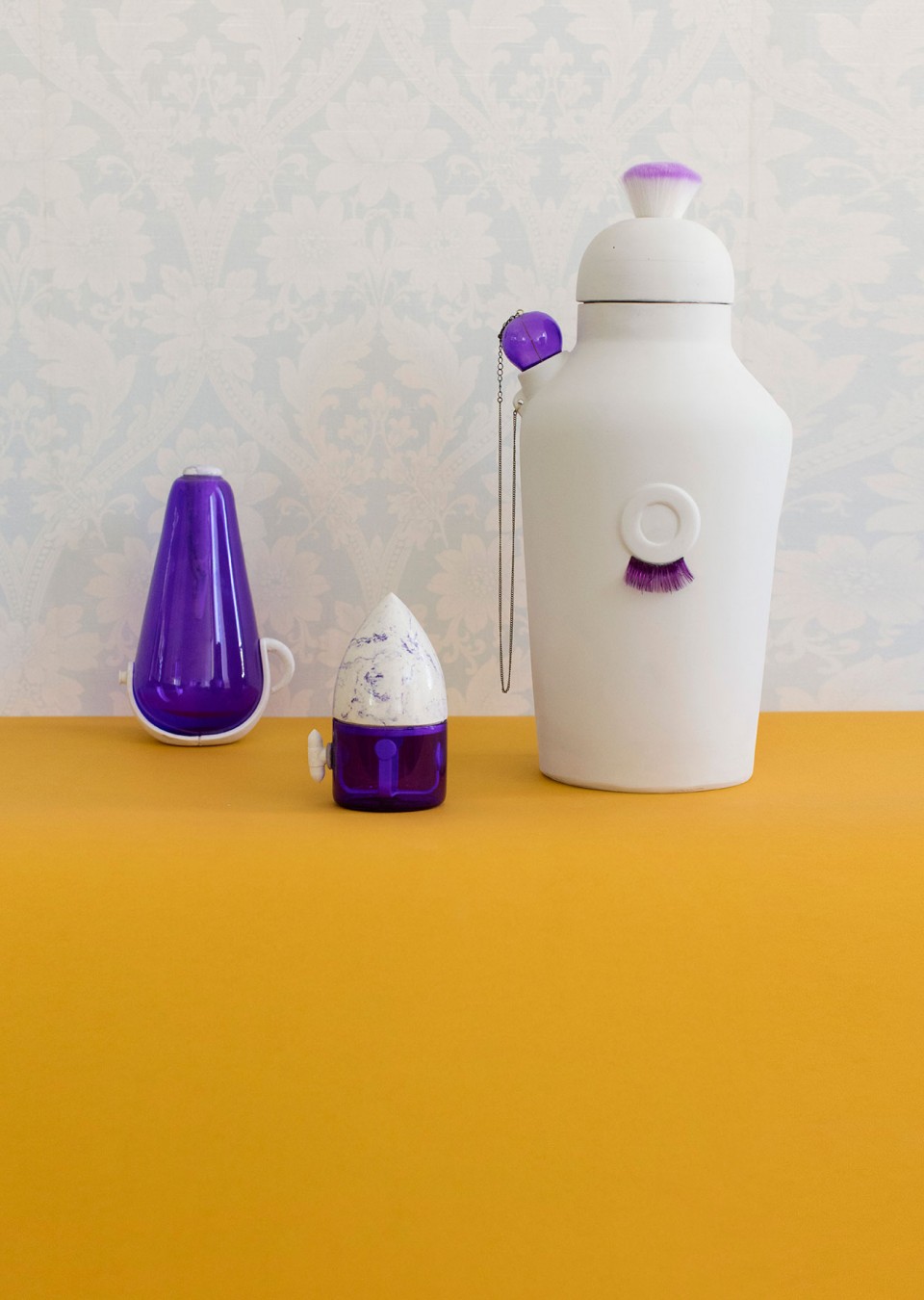 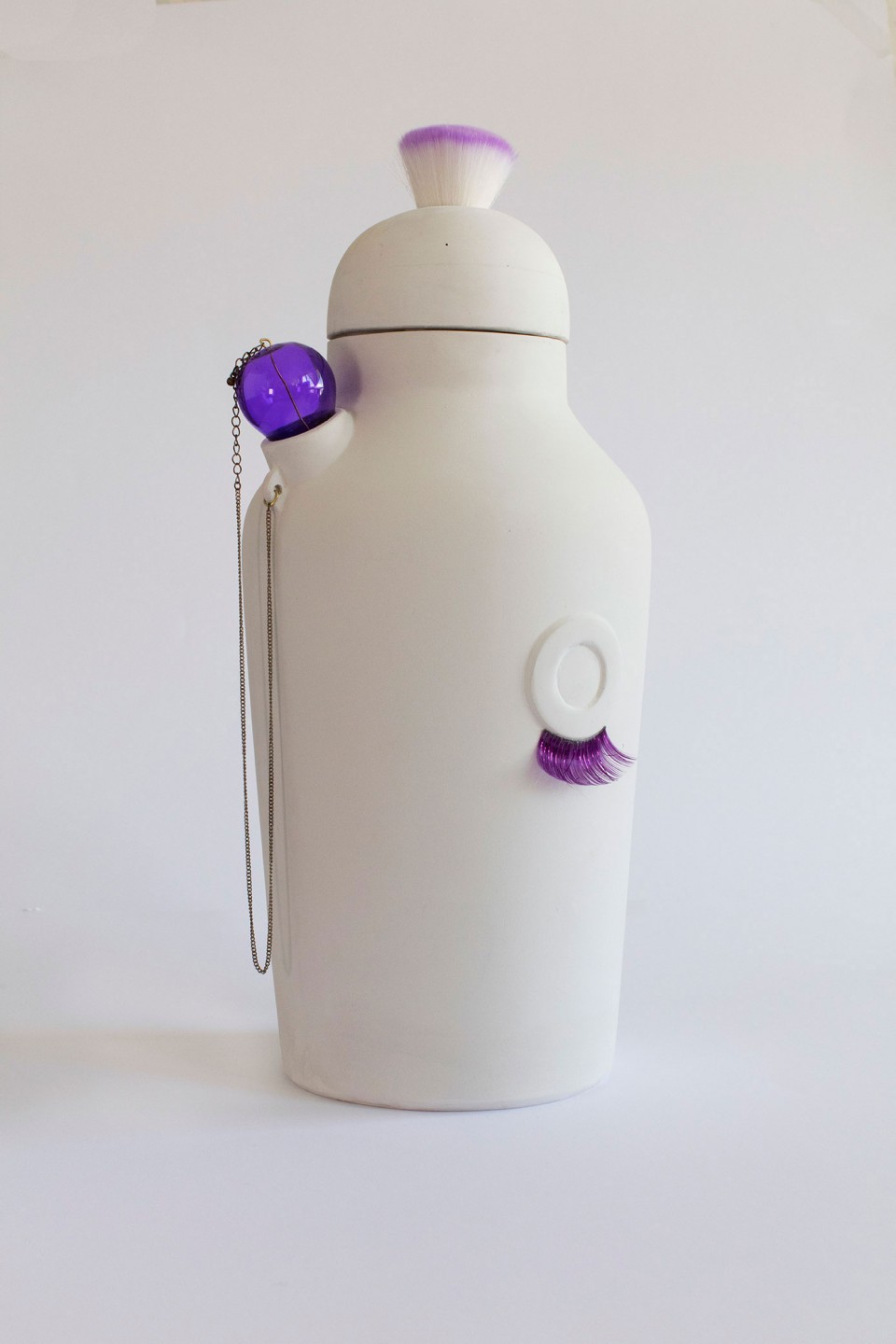 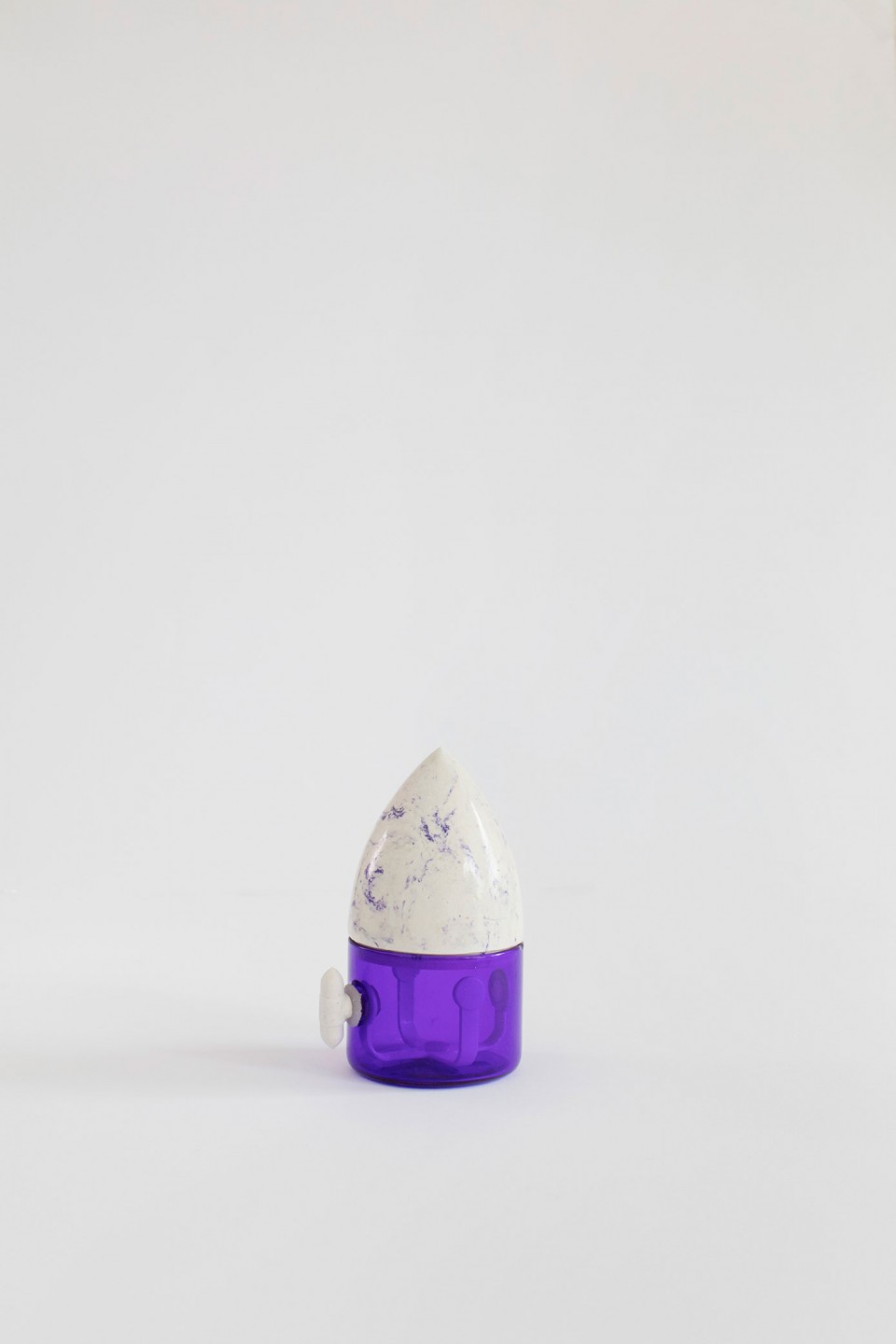